By Me You'll Never Know 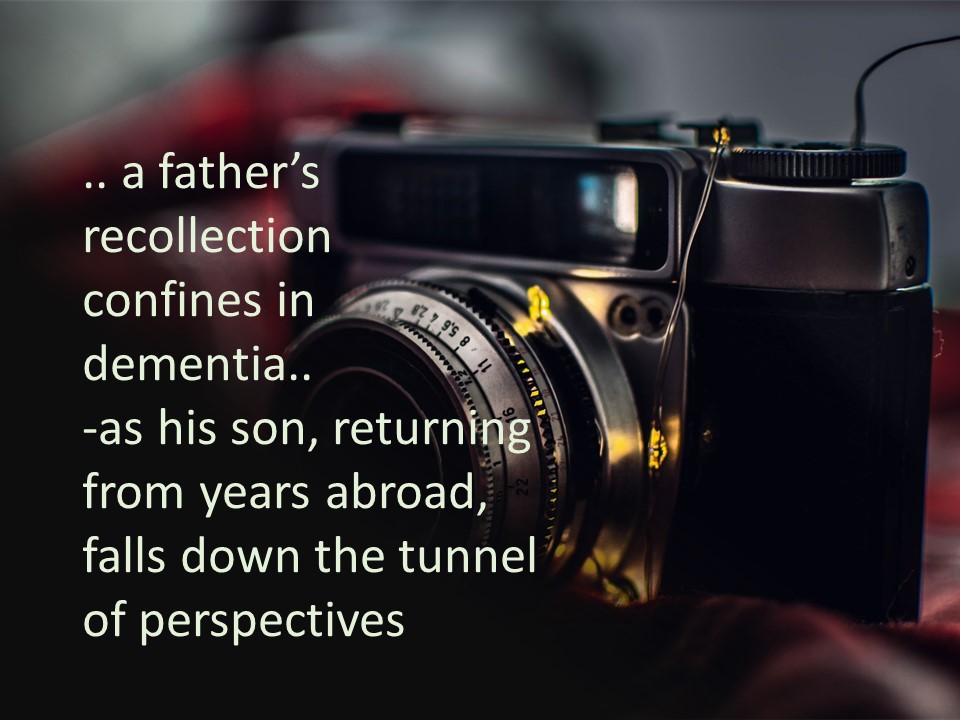 ..a father’s recollection confines itself in dementia.. -as his son, returning from years abroad, falls down the tunnel of color perspectives, discovering splinters of truths to all the history of choice and loss that had been inexplicably.. purposefully obliterated from his early memories.. 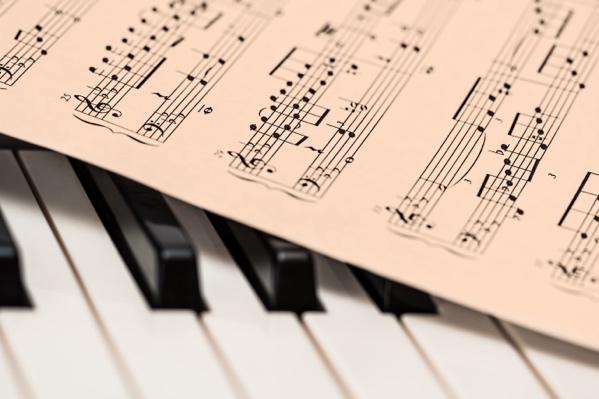 This is a very personal work of memoir that speaks to aspects of ‘legacy', the complexities of entitlement, and color coding.

Real events line the journey, as my journals are the fodder through years of chronicle.. where experiences, knotted and random, led into questions of race and sexual identity, that now share a view of struggle at reaching the independence to make choices..

In Production – The play requires a versatile, strong, ensemble cast of artists. A production choice is that it can be facilitated by multimedia technology; the scene settings do not need to be actual, although select elements/props (small table; tea set; etc) can layer an audience’s grounding in this experience.

My hope is - although this work begins in a miasma of KEN’S ‘untethered’ state, it can evolve through many textures and character perspectives; as a descant descent into memory, by way of resonances.. lessons.. cadences.. music, and the tight knit of crisis moments of time..

General Note  / cast is of various ages, reading 30’s – 70’s the African Americans are to be a full spectrum of color /

[playwright, and Ken’s support in London]

KEN: Come on! I want to hear about the second book.

GREER: ..What news of my taunting process?

GREER: ..Not entirely. You’d just think I’d be acclimated to the expectations of publishers after a first book.. -but-..

GREER: -..a second book is not freedom.

GREER: ..-can she make the bar again? Something with..-

GREER: familiar enough, but new’! Can she do that this time?

GREER: Look, no matter what you promise yourself, to bait yourself to not give a shit..  It’s always the expectations of others pushing against you..

JERRI: Now beam a way in through the fog!

GREER: Planted on a rock.

KEN: cast there due to an outsized ego generations in the making, of men-..

KEN: Ravaging. Because her father-

GREER: started by her mother..

KEN: Which sent her father caving to an oracle and-..-

KEN: -..yet, Justice comes-.. through generations of conceit

GREER: Ash in the singe of lightening!

KEN: ..of the bait we made of ourselves.

KEN: -..not finding what’s pierced us onto ‘how to think’.. ‘how to interpret’.. ‘how to be the right’ expectation of-

KEN: in London. ..In my own odyssey away even.

GREER: Elsewhere is no gift. But a tool to face honest.

KEN: -..Facing honest I finally find: I am fascinated by the lies people tell themselves to be able to get out of bed in the morning!

GREER: What’s yours then?..

KEN: The recent or reoccurring reflection?

KEN: All right. -The reoccurring, of

KEN: when I, too, was labelled “this American”.

GREER: I insist! It was a round drumming of honor through extended ranks of the tabloids!

KEN: Exactly what I tried to do. -While trying not to see the ruddy and weeping of Pink Eye.. reflecting in the train window the next morning, heading to Green Park on the Piccadilly Line.. -..to have breakfast with my father..

KEN: -..that he’d come to London to catch the most prominent moment, up to then .. -the West End opening of the play of his son; who he understood.. -and -proud, to refer to as ‘the writer’..

KENNETH: ..I don’t know how you move on from this..

KENNETH: The reviews. -of your play. Almost every paper.. Your colleagues-

KENNETH: There are rules, Ken. You can’t escape that. These are peers of your profession who observe those things. You succeed by that. They didn’t like the work -your play. That matters. ..what’s wrong with your eye?

ALLAN: We’ve talked about this.

ALLAN: figuring you’ll need a full shelf in the fridge this time?

ALLAN: Yeah. And ‘no’. I won’t forget to be sure to refill on Swedish Fish either.

KEN: ..maybe get a reading of-

ALLAN: Don’t over think it.

ALLAN: well.. I mean -you’re you. And you’re unnerved deciding this.. –

KEN: Not only about the Cadbury’s?

JERRI: ..-it’s, this you. In a joyousness - and having had chance to know you, professionally grow you, as it were, into this fine, willing, creative person.. who I, expected. -who is still, with your journal.

JERRI/KEN: “the deeper voice of things”..

KEN: As I was learned.

JERRI: As you should. Always.

JERRI: -Earlier.. -I thought.. Every time I catch the train down-.. - When I was a little girl, you had to take the “colored car” up out of the south, change in Washington to something almost fit to use. Then travel on. Travel not up; not style.. Travel out..- -I just almost..- -My feet sometimes.. just won’t do anything but stomp on the train come DC. Indignant at the descent from New York ..back to being a little girl, with memories.. heading down.. south. It’s not home. It’s just..

KEN: In the blood.

JERRI: And I will look fabulous there.

JERRI: But there. I will have a scarf. Over something regal. Regally worn. Regalia! I will not have a hat. I will show my head. I will show my hair. I will show myself, still myself, without additives – wigs – astringents.. powders. I will regale all. I will do it with smiles. And ‘politenesses’. And breeding. And the memories, which will try to stop me from making too much fun of it. And which I, already..- -remember too much, of too many things done different down there. -But you now, back-.. tell me.

KEN: - she between us – three bodies, balancing beneath two tiny Tote umbrellas – laughing. A black man – tattered, grinning, homeless – comes towards us – not at us, just at his own comfort zone.

HOMELESS MAN: How ‘bout a dollar for some espresso?

HOMELESS MAN: Well how ‘bout a dollar for being a nuisance?

REA: (guffaws; reaches into her handbag, and hands out a dollar) There you go, brother.

HOMELESS MAN: Thank you. Bless you.

REA: ..there was a man here, remember Kenneth.. homeless, another man, for years and years, and every time we came here, your father and I, he’d ask how the dinner was. And tell me how wonderful I looked. And made a fortune. You know, they ‘own’ their spots ..well, in a way, I think lease them  to one another. They have shifts, when they’re here, and time when they’re not meant to be. The man before, he had that grate ..some 15 years.. I think.. -He died. And when they found him. He had a fortune in loose bills. And a bank account. Money. Lots and lots of money. And no home.

KEN: -it was in my father’s look, that foreshadows some.. past’s, imminent..

ANNIE: Of course it is! To make the choices deliberate, Ken. Aim ahead deliberately out of where you can. -..So family knows it’s you, deciding what to do.

ANNIE: Or from sliding into having to..

ANNIE: but no child any longer. free us.. of anything holding on.

(children’s things melt away.. as VISUAL morphs into an abundancy of photographs.. – perhaps without faces clearly defined.. but, clearly of happiness.. joy.. water.. sand.. shade of child and mother..)

ANNIE: Do right with it up front! Right out of mind.

ANNIE: Past .. needs to be ‘just things’ too

KENNETH: She had to have this child.. She..

KENNETH: -..knew that.. not loving her, was impossible. Knew that ..sadness in her for

ANNIE: In spite of -..is always some worthy thing more.. -than waiting.. bedside - attending suffering - more than too much-..

ANNIE: tending your father’s.. rot. No medicines. Nothing but its roots, spoiling out into that..

KENNETH: ..but he had tuberculosis.

ANNIE: And did the right thing. With no one’s help. I.

ANNIE: Took nothing with us, but what was in us

KENNETH: inside to rise

ANNIE: to height of the right door!

KENNETH: Rise in learning, up to that high door.